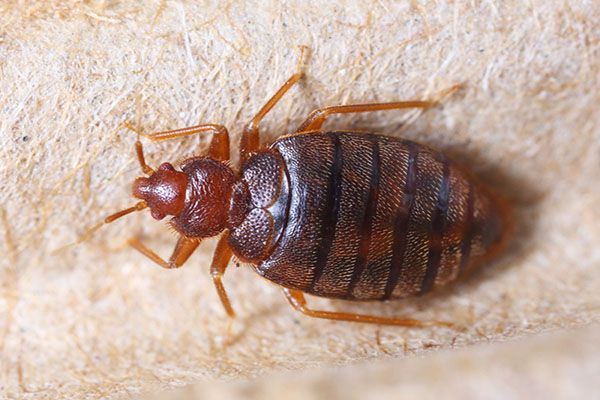 Bed bugs are tiny, parasitic insects. The variety which has evolved to feed on human blood partake of no other sustenance and have become specially adapted to migrate with the ebb and flow of human population distribution. Their bites cause itchy, painful, and temporarily disfiguring rashes, with large colonies having the potential to disfigure the appearance of a victim’s skin over a period of time.

Here are six more facts about the bed bug which are crucial to understanding, if one is to treat bed bug infestation—or prevent a bed bug colony from developing in the first place.

Many people are under the mistaken impression that bed bugs prefer dirty or unsanitary environs. The truth is that bed bugs are indifferent to filth; they do not feed on it, and it provides them with no other benefits. Bed bugs require only two things: warm human bodies, and places to hide, and an insect the size of a pinhead can find plenty of hiding places wherever human beings live.

Like many insects, bed bugs instinctively understand how to find food and hiding places. This amounts to behavior which is approximate to the qualities of human cleverness and creativity. Bed bugs can communicate with each other via pheromones; colonies have been known to travel wholesale in the belongings of individual families who decided to relocate while under the grip of a bed bug infestation.

Bed bugs are extremely resilient. Like many small insects, they possess hard outer shells—this being a part of why they are resistant to so many modern pesticides. Bed bugs can survive sub-zero temperatures, as well as water halfway to the boiling point—up to 140 degrees Fahrenheit. They can live for months without food, and hide in everything from furniture joins to electrical appliances during daylight hours. Some of the most effective products at eradicating bed bugs include natural plant-based oils, evolved to kill insect pests over thousands of years.

Bed Bug Bully is an organic, all-natural product designed to kill bed bugs while keeping your family safe from harm. It boasts essential oils from several such bug-killing plants, including mint oil, clove oil, citronella oil, and rosemary oil. These serve to kill bed bugs when sprayed directly, and to otherwise deter their presence.

4.) Bed Bugs were Almost Wiped Out

Dichlorodiphenyltrichloroethane, or “DDT” for short, had nearly wiped out bed bug populations by the 1950’s. DDT is colorless, tasteless, and nearly odorless. It is one of the most effective pesticides ever devised for killing insects, but it is also quite toxic to people and other larger animals. Its use was banned in 1972 by President Nixon.

Bed bugs have been thriving since their resurgence in 2010. While they aren’t known to cause any dire threat to their human victims, apart from the itchy rash they leave behind, they are known to carry more than 28 human blood-borne pathogens for a period of time after ingesting blood. It is entirely possible that these pathogens, which adapt even more quickly than the bed bugs themselves, could find a way to end up using bed bug populations for distribution.

Bed bugs, as it turns out, aren’t entirely heartless. They feed on humans, but—if only to help keep themselves being crushed, in response to an otherwise painful bite—their saliva acts as an anaesthetic and a mild blood thinner. This is not known to cause any health complications, apart from the possibility of an allergy to the bugs’ saliva, but it does make it easier for the bed bug to feed undisturbed.

Other than Eating, Bed Bugs Only Do One Thing

Here’s a seventh fact; call it a freebie. After bed bugs feed, they retreat to digest their meal in peace. Subsequently, they only have one purpose in life: to breed, and produce additional bed bugs. In this way, they fill the role of an oversized viral organism, using your blood to produce more of their own kind. A single female bed bug can lay up to 500 eggs in her one-year lifespan; if you think you have an infestation, don’t delay. Take action immediately; give Bed Bug Bully a chance!

To Whom It May Concern:

I was reading through your list section. I was looking at #2 and it sounds similar to what I was thinking that I hadn’t read anyone say. I wonder if it’s possible that bedbugs are so intelligent that they can leave just enough around to inform others of food allowing for them to be detected while the others stay hidden?

Back in 2016 a close friend’s mother had prepared for a paint job to be done to her apartment. She was also going to be having eye surgery later the following week. During the middle of the paint job, while one room was being painted she decided to do some last minute preparations in her grand-daughter’s room. Both single beds had those old mattress covers, y’know the ones that get worn after being washed and dried?

Well, she happened to inspect the one on her grand-daughter’s bed. And she said she noticed what looked like a red glob of jelly. When she inspected it by picking it up it began to move. It was the only one, which she exposed in the toilet. After the painter was finished she decided to inspect further. She and her son lifted the mattress and found on one side a skin case and on the other she found 2 full ones and 1 smaller. The box spring while you couldn’t see inside they stated that they saw a baby one crawling around. Which means the boxspring could’ve had eggs. The second mattress had 2.the boxspring nothing. But that doesn’t mean it might not have been infected.

Both mattresses were tossed. They decided to try to clean the room on their own using alcohol and vacuuming. She bagged and washed clothes and stored away clothes she didn’t use. Later she bought new mattresses, and encased them with one part cloth protector and one part heavy plastic. After that nothing occurred. She did her normal cleaning and checked the beds but saw nothing. But about a couple of months later her grand-daughter complained about itchiness. Since she doesn’t show welts she passed it off as a case of detergent or allergies. Checked the bed nothing. But later when she checked a month later one night she found them under the mattress despite having a protector. She stated that she was surprised to see them literally trying to live on cloth protector but not the plastic one. The other bed wasn’t touched because it was encased in plastic. Her grand-daughter still had cloth on both the boxspring and mattress. And the stainage from the fecal matter was hard to wash out. So she finally broke down and contacted the office to send a contractor the building. She again washed, bagged and sealed any holes. The exterminator did 2 treatments, and gave her some high grade diatomaceous earth to place around the apt. She put everything back. Cleaned up and later purchased some bed leg traps (which lift the bed and come with a maze) and put some diatomaceous earth inside. There was no problems afterwards. Until this week, her old mattress that never showed any signs of problems which was encased around the same time as the others showed signs of bed bug activity. She stated that she often checked but never saw anything until she was starting to get bitten, but still wouldn’t see anything until she later found tracks on her pillow a few months later. She found around less than 10 altogether under the mattress. Once again they were living on the protective cover.

She had to move to her old couch which she planned to toss. She didn’t want to toss it because she needed a place to sleep until she can take the next step. Her son told her that he had a funny feeling about the couch. But since she had never been bitten she assumed that the couch might be safe. But she finally decided to take a day off work to do her own cleaning until she can schedule a call to the exterminators.

Later, my friend calls me today to tell me that while she was cleaning up that after spraying a bedbug spray she later found a case under the couch and not only that. She found spider eggs and webbing. I found this to be a interesting revelation. As I wondered if there is a correlation that where there are bedbugs there are predators. And sure enough there is information out there. She also found more spider webs and eggs under a love seat. So I don’t know what this means. But this does worry her as to what she’s dealing with. Because even with all the cleaning up and taking precautions there is still a chance they’re still around even when they can’t get in the bed. Or see them. She plans to toss the older couch because she had planned to buy a new one anyway, but the love seat and ottoman she doesn’t want to toss because they’re still in good condition. But again there’s no way to see if anything is under the furniture because all furniture come with a cloth covering over the legs and it’s nailed shut. So even with a treatment from exterminators you still have to deal with your own follow up. Which is what she is good at it’s just that because nothing had been happening after the last 2 incidents she didn’t expect it again. Plus, the building has people that may have brought them in and they don’t do anything out of embarrassment. So it’s frustrating to her because she’s lived in her domicile for years and never had a problem. And it’s an inconvenience when you keep your area clean and someone else doesn’t. She’s planning on getting a steamer which is recommended in these cases. Sorry that this went on so long but I had to give an idea of what’s going on so I can help them resolve the issue. 1) Can bedbugs keep just enough present to be seen sending off pheromones for others to feed and then hide? 2) Is the presences of spider webs and eggs situated on areas a sign that this particular spot is hosting them?