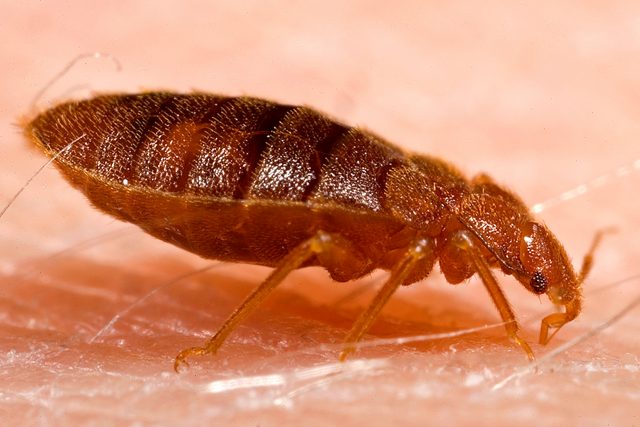 A Historical Review of Bed Bugs

In the 5th century BC, in Greece, writers lamented the issues of dealing with the nighttime predation of blood-sucking insects, introduced following early invasions of the Persian army. The history of bed bugs are also recorded in ancient Egypt, and in the early Roman Republic, where writers described them as “sofa bugs” and advocating burning any infested articles.

Other, varied solutions for dealing with bed bugs ranged from seemingly sensible, to what might strike us in the modern day as incredible. Some ancient writers believed that bed bugs could be tamed, as with other, much larger animals. Fungi, various plant-based oils, and even concoctions made from insect parts were all applied to the problem, with varying (but generally little) success.

The use of essential oils from plants which demonstrably resisted insect predation, such as mint and clove, were the most successful methods of fighting bed bugs in ancient times. Unfortunately, these and many other traditional folk remedies were largely forgotten about with the development of modern pesticides.

Bedbugs, unlike ticks, are actually insects. Specifically, they are parasitic insects belonging to the Cimicid family. They feed exclusively on blood, being one of many species within the Cimicid family to do so. The common bed bug’s scientific classification is Cimex Lectularius, and it is distinctive from other species within its family due to its preference for human blood.

Many Cimex Lectularius are incapable of deriving all of their nutrition from other forms of blood, having adapted quite thoroughly to feeding off of humans, much as their precursors fed off of the bats with which we shared our caves (or who shared their caves with us) thousands of years ago.

After evolving to feed on humans, some early bed bugs left the caves when we did, and joined up unknowingly with trade caravans and waves of human migration. They reached China around the same time that they reached Greece, in the last few centuries BC. From there, they went across Europe, then went north.

They’ve been recorded in England since the early Middle Ages, and are believed to have come to America with the Pilgrims on board the Mayflower. From the northeastern US, they spread rapidly south, reaching South America before also arriving at the west coast in the company of trappers and fur traders.

Bed bugs are highly adaptable, and they resist most of our efforts to eradicate them. Even many of our best efforts require direct, individual applications to kill the insects, and they are able to lie dormant for extended periods of time. This allows them to relocate quickly to new places, where even a few individual bed bugs can quickly establish a thriving colony. In this way, they have spread all over the world, and can now be found virtually anywhere that people live.

This results in bed bugs being a persistent nuisance across the united states, and all over the rest of the world. Bed bugs cause a considerable amount of economic damage, as traditional extermination services are quite expensive—beyond what many people can afford, particularly if multiple treatments for bed bugs are required (which they often will be).

Loss of sleep is a major contributing factor to depression. Worldwide, events like car accidents, job loss, and suicide spike on Mondays, after a weekend in people didn’t get enough sleep; they are also known to trend in response to sleeplessness caused by other factors, including bed bugs. It is probably unfair to suggest that the insects themselves have a direct and considerable impact on suicide rates and car accidents, but in a culture where “enough sleep” is often a wistful fantasy, they certainly aren’t helping.

Here are a few basic facts about bed bugs, of which you might not be aware:

Scientists are hard at work developing new means of fighting bed bugs. While their potential as a health risk is uncertain, it seems clear that they are a costly and uncomfortable problem the world over, and have been so for thousands of years. With modern pesticides proving largely ineffective without direct application, as well as being extremely toxic to people, all-natural plant-based products like Bed Bug Bully are getting a serious second look.