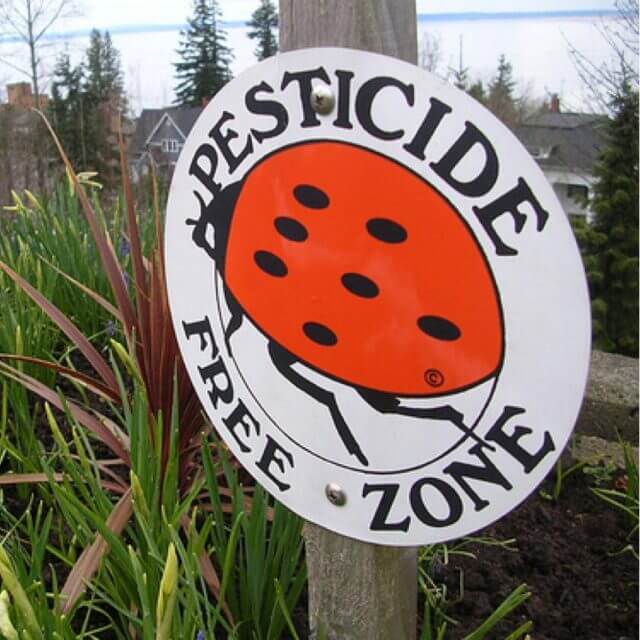 All-Natural Remedies to Get Rid of Your Bed Bug Problem

Home remedies to kill bed bugs are gaining in popularity with the widely-publicized ineffectiveness of traditional pesticides. Many of these pesticides are potent neurotoxins, which can cause people already suffering from respiratory ailments to become seriously ill after contact with their long-term residue. An ever-increasing campaign for widespread awareness of sustainable living practices has resulted in much less dangerous methods of pest control becoming far more common in today’s modern household.

The Problems with Pesticides:

Pesticides are, quite literally, the only substances that we deliberately release into our homes, backyards, and food supplies, with the intention of killing other living things. As brilliant as many of their formulas are, it is impossible to create a “magic bullet” pesticide which completely lacks side effects in living organisms that aren’t its intended target (such as people). To compensate, people who are having their homes treated with pesticide will often be directed to vacate the premises for the duration of the treatment, as well as for a certain amount of time thereafter.

Unfortunately, traces of pesticide which linger long after the return date can potentially cause severe health problems in those who are especially vulnerable. This includes family pets, newborns (and, to a lesser extent, all babies), the elderly, the infirm, and individuals with existing illnesses (such as respiratory conditions, or autoimmune disorders).

Coupled with the fact that a dramatically more resilient bed bug population has reduced pesticide effectiveness to levels which are frequently surpassed by safe, all-natural alternatives, this information has many people looking to take the natural route to getting rid of bed bugs.

Bed bugs have been around for as long as we have a written history. Some of the earliest “documents” present in museums around the world actually discuss pest control, as well as commercial transactions relating to its compensation. It wasn’t until the modern era that people discovered a range of chemical agents so toxic as to be successful at wiping out bed bugs wholesale, even through residual effect alone. This is ultimately what was responsible for the virtual elimination of bed bugs as a routine problem in most of America in the mid-twentieth century.

Unfortunately, those few bed bugs which survived the application of neurotoxic chemicals were those with natural immunity to their effects. With time, and repeated application, plus the bed bugs’ tendency to travel with human hosts in their clothing and luggage, this led to a resurgence in bed bug populations within America’s major cities. Over the last decade, bed bugs in New York and Chicago have demonstrated wide-ranging immunity to common exterminator pesticides. Bed bugs in these locations were more likely to thrive, and thus more likely to spread. They are now becoming common in other major cities, as well as in rural parts of North America.

Most common pesticides are neurotoxins. These are substances which attack the nervous system, a system which all vertebrate life depends upon to survive. The human body has natural defenses to protect its nervous systems, which is usually enough to keep it safe from short-term harm (such as a neurotoxic substance doled out in amounts meant to kill bugs the size of a pinhead). 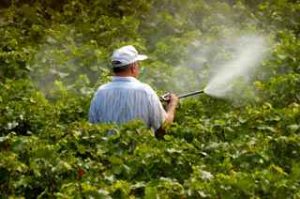 If a person’s defenses are compromised or are otherwise occupied, that’s a different story. Many neurotoxins have a cascading effect, meaning that—if the body’s defenses don’t take care of them—they can affect significant amounts of tissue relative to their volume.

How to Kill Bed Bugs Naturally: The Safe and Effective Remedies:

There are several safe, all-natural ways to deal with bed bugs which, provided a person is thorough and attentive and does their homework, have repeatedly proven to be extremely effective in naturally getting rid of bed bug infestations. Some of these are substances which were widely used to eliminate insect pests in ancient times, while the properties of others have only been discovered fairly recently. As you can see, bed bugs are extremely small, and hard to take out. Through these safe alternatives, you should get rid of bed bugs in no time!

Bed bugs have been a plague on human society since ancient times, ever since they first evolved in the Middle East thousands of years ago. At that time, they were an offshoot of an existing, well-established species of parasitic insect which fed on bats. With bats and people often occupying the same caves, for the same reasons, those insects which developed the ability to feed on humans as well gained a distinct “survival of the fittest” advantage over their brethren. Humans migrate, which meant that—over time—these unwanted stowaways began feeding on human blood exclusively.

A variety of tricks and tools have been employed by people throughout history in an effort to ward off bed bugs. Some of these are dubious in their effectiveness, and profoundly unsafe—such as the soaking of bedclothes in flammable petroleum products. Other methods are still used today, however. In a world where traditional pesticides are simply refining the highly adaptive bed bug into a more resistant parasite, holistic and other alternative therapies are gaining a considerable following: they’re affordable, effective, and—most importantly—safe to use around people, pets, and other large organisms.

Get Rid of Bed Bugs Naturally

Essential oils are usually extracted from plants. They were used in ancient alchemy preparations for centuries, as early aspiring scientists tried to uncover the secret to eternal life. Over the years, their use in this fashion declined, but their pleasant and lingering scents continued to make them popular in the perfume industry. Later, alternative medical disciplines such as homoeopathy would resurrect their use.

Essential oils have many die-hard advocates and vocal detractors to this day, but all of this ignores the fundamental truth about them: the scents that we enjoy so much are the results of chemical compounds which evolved over millions of years to target insects and other pests. Bed bugs do not feed on plants, but they share fundamental biological qualities with most insects. With the decline in effectiveness of other forms of bed bug treatment, many popular home remedies to get rid of bed bugs now take advantage of essential oils—and there is real science to back up their effects.

One of the ways in which essential oils are most commonly put to use against bed bugs is through the use of sprays designed to get rid of bed bugs naturally and safely. It’s worth noting that even certain sprays which make use of modern pesticides often include essential oils as well; this is due to their proven effectiveness in treating bed bug infestations. There are also sprays which use a variety of essential oils as their primary ingredient.

Like other pesticides, all-natural and otherwise, an essential oil spray must often be applied directly to a bed bug in order to kill it. However, there are studies published by Rutgers university which suggest that some of these sprays are up to 100% effective at killing bed bugs when this is done. The overall process can be painstaking, and it’s often time-consuming, with several successive applications often being required to ensure the complete elimination of a colony. However, this method offers several advantages over traditional pesticides and professional pest management services.

There is a long list of popular essential oils which are available for personal use, as well as being included in a wide variety of commercial sprays. These include the oils of cinnamon, lemongrass, peppermint, clove, tea tree, eucalyptus, thyme, and lavender. You can choose your preferred fragrances; all of these oils come from plants with highly-evolved defenses against insect pests.

Diatomaceous Earth: A Natural Remedy to Getting Rid of Bed Bugs

Diatomaceous earth, also known as “diatomite” or “D.E.,” is an extremely soft sedimentary rock. Like many forms of sedimentary rock, it consists primarily of fossils: fossilized phytoplankton, ancient single-celled plants and animals which still float in the oceans today. Diatomaceous earth can be found in what were once ancient sea beds, and can be readily crumpled into a fine powder. It is quite porous, and has been used for centuries as medicine by people all over the world.

The ancient Egyptians, Assyrians and Babylonians used D.E. to combat insect pests, possibly include bed bugs, thousands of years ago. The way diatomite works is simple: you grind it up into a fine powder, then sprinkle it across the threshold (or around the legs of furniture) in an area where you wish to keep bed bugs and other diminutive pests at bay. This is widely believed to be the origin of the story about sprinkling salt in a protective circle to ward off evil, as salt was sometimes used by wealthy individuals to achieve the same ends.

To the touch, diatomaceous earth feels slightly abrasive but is mostly a fine powder. For a creature like a bed bug—many thousands of times smaller than a person, with a body that’s thinner than our skin—D.E. presents an entirely different prospect. The material will pierce and shred the softer parts of their skin, and dry out their soft internal organs, particularly their proportionately large digestive system. D.E. affects bed bugs in much the same fashion as that in which a liberal sprinkling of salt will cause a slug to shrivel up.

Diatomaceous earth can be used to stop bed bugs from crossing a doorway, or to prevent them from ascending up the legs of a bed, sofa, or other items of furniture in a location with a bed bug infestation. Bed bugs that try to cross a diatomite barrier will suffer the full effects of exposure to the material.

Bed Bug Bully: A Natural Home Remedy to Get Rid of Bed Bugs:

Diatomaceous earth is an excellent basis for a natural remedy for bed bugs. It’s completely harmless; in fact, while its nutritional benefits are controversial, finely-ground food-grade D.E. exists which has been deemed safe for human consumption by the FDA. It’s completely non-toxic; were it not sharp enough at the microscopic level to pierce bed bugs’ bodies, it wouldn’t even harm them.

Bed Bug Bully is a unique bed bug extermination product that’s safe and all-natural. It works very simply: its primary active ingredient is diatomite. It affects bed bugs in the same fashion as normal D.E. would. In addition to the diatomaceous earth, there are several essential oils included in the recipe. These include lavender, clove, and cedar oil among others.

The oils add to the lethality of the D.E. and add a repellant quality which D.E. lacks by itself. The formula is bound together by food-grade binders, which are commonly employed by the food and drug industries to hold ingredients together as intended. Everything in Bed Bug Bully is safe, all-natural, and environmentally friendly. It is the only product on today’s market which combines diatomaceous earth with the bed bug-repelling power of potent essential oils.

With Bed Bug Bully, you can naturally get rid of bed bugs more quickly and efficiently than by using any of its component ingredients on their own—all without posing a risk to small children and pets, the most frequent victims of pesticide poisoning in American homes today.

Get Rid of My Infestation